One of the most important moves of my life was when I was 10 years old.  At the time I was living in the Eileen Corbett Center in East Vancouver.  Basically it was like a jail for kids. By this point I had moved a total of 62 times since I was apprehended at seven years old.  So in a period of less than 4 years I would have moved over 60 times. Eileen Corbett  was a bad placement, they were apart of my lawsuit that took place starting in 2009, settling in June 2005.

Eileen Corbett was a placement that had each child in their own small locked room, with a window that was also locked so that it didn’t open wide enough for even a child to escape.  I did manage to gain quite a record of AWOL’s from E.C though.  I ran every chance I could.  This “home” was a terror for each child that was forced to reside there and to endure the ongoing sexual, and physical abuse.   I have a pretty clear memory now of what I went through there.   I didn’t remember fully of the terror until I was in my late teens when I suffered very intense flashbacks, and visceral reactions.

Some of those “homes” were simply a couple nights here, and a couple nights at another… I spent quite a bit of time sleeping in the Emergency Services office in New Westminster as well.  Many nights.. it got to the point that they wouldn’t even look for an emergency shelter for me to spend the night at – they would point to the leather love seat that was located in the lobby of E.S and tell me that I was just going to have to sleep there for the night.  Usually my social worker would then come in early and get me either back to my home – or start the task of trying to find me a new foster home.  Other times I would just get up and leave after getting myself warmed up, and got some food inside my belly.  More often than not I would convince myself I needed to run again.

I knew towards reaching age 11 that my luck was really going to be running out soon.  If they (Ministry) couldn’t find a permanent home for me – at least before I turned 12; well that could mean that I was going to be put into a locked facility long term.  This is something that Karen had been telling me over the last couple of years.  At one point they were so desperate to find me a home – they had actually posted an ad in a couple local newspapers for foster me.

One day I received a visit from my social worker to say that they had found a group home to move into.  It wasn’t going to be permanent, but it was supposed to be the last placement before my forever placement.  The place I would call my home for the next 18 months; Morley House.  Morley house was one of 5 group homes run by Browndale Care Society.  It was based out of Vancouver, BC. 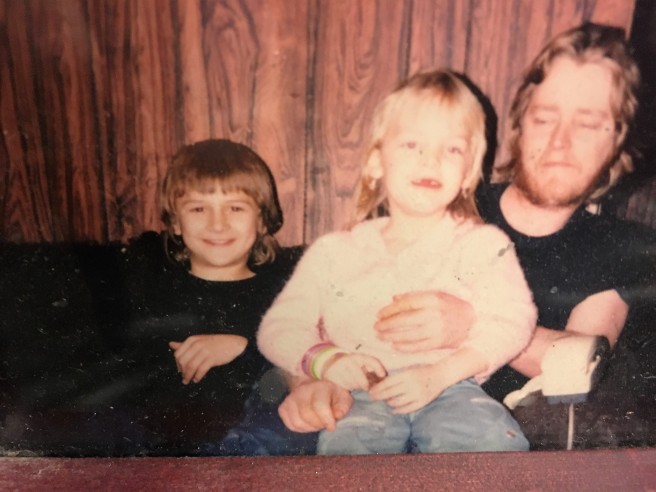 Morley House would be a life changing place for me.  It’s where I would meet my future “Mom” Anj.  I met Anj very soon after moving into the group home.  I remember it being around Christmas time, there was still snow on the ground.  I remember the day a little bit when I first met Anj.  She was a resource worker for Browndale Care Society – she was not a foster parent – and hadn’t thought about being one until the day she met me she said.

It’s kind of a sweet story – Anj said on her way to Morley house that day she was pulling up onto our street and saw this little blonde girl walking up the side of the road with a large sign made out of cardboard with writing on it that said; “little blonde girl wants family, will do chores!”  Anj said she was both heartbroken and filled with love at the same time.  I guess now looking back I feel sad for her too – I was so willing to try anything!  I didn’t know it then, but 18 months later I would officially find out that Anj wanted to take me in and foster me permanently.

21 thoughts on ““Little Blonde Girl – Looking For A Family.. Will Do Chores!””